Times Insider delivers behind-the-scenes insights into how news, features and opinion come together at The New York Times. In this piece, Helene Cooper, The Times’s Pentagon correspondent, explains why she went back to Cameroon months later to write a second article about “The Boy, the Ambassador and the Deadly Encounter on the Road.” 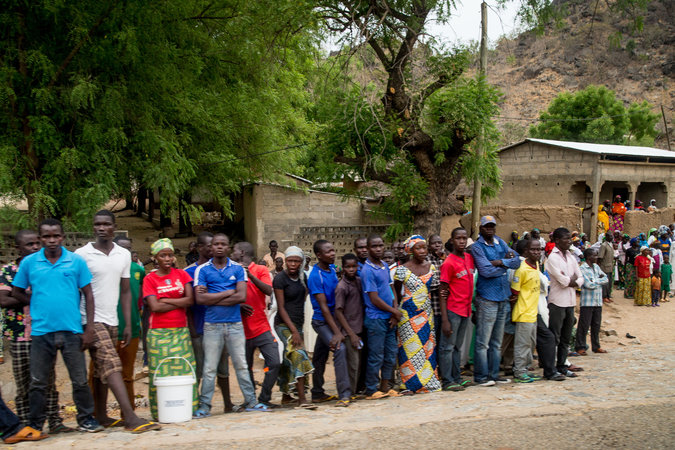 Villagers in Mokong, Cameroon, watched in April as the motorcade of Samantha Power, the United States ambassador to the United Nations, returned after one of its vehicles struck and killed Toussaint Birwe, 6. Credit Andrew Harnik/Associated Press

I was in the motorcade in northern Cameroon on the morning of April 18, when we struck and killed 6-year-old Toussaint Birwe.

It seemed to happen in an instant. Our heavily armored 14-car convoy was barreling up the road from Maroua toward Mokolo, where Samantha Power, the United States ambassador to the United Nations, was scheduled to begin the first in a daylong series of meetings with people who had suffered at the hands of Boko Haram. Security was heavy — our flight, upon landing at the Maroua airport, had been greeted by fierce-looking Navy SEALs, supposedly in plainclothes but all of them packing machine guns and wearing bandannas.

Once we loaded into the motorcade and began the journey to Mokolo, a helicopter appeared overhead — additional security. Cameroonian special forces joined the convoy, and local gendarmes lined the road. They waved back the locals who plied the road taking their farm goods to market. Children darted back and forth, as they always do on rural roads in Africa, dangerously close to the convoy.

We didn’t slow down when we approached the village of Mokong, where more people lined the road to watch. And suddenly, in the corner of my eye, I saw a small body, two cars ahead, flip into the air before disappearing out of sight. As my vehicle roared past, I saw the boy on the ground, his head bashed in. Nearby, a man, looking horrified, was running toward the boy, both of his hands on his head.

Then we were gone. We didn’t stop. 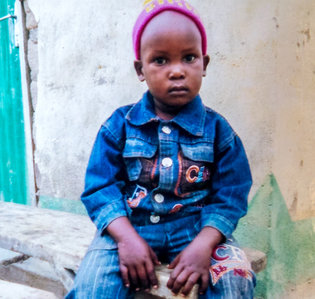 That image, of the little boy on the ground as we bulleted down the road without stopping, has stayed with me every day since. I, like the other reporters in my vehicle, kept asking why we hadn’t stopped after hitting a little boy. How could we not stop? In the ensuing hours, all the reasons we didn’t stop emerged to paint a more gray picture than the initial black and white one, but I still, somehow, wasn’t able to let go of the anger I felt.

I am an African and an American. I was born in Liberia and moved to the United States when I was 14. I got a one-in-a-million lottery ticket, somehow ending up, as a native African, working for one of the most powerful institutions in the world, The New York Times, following around the most powerful people in the world: American dignitaries. I have flown into Ankara on Air Force One with President Obama and have accompanied Secretary of State Hillary Clinton to Bosnia. I’ve done combat landings aboard Richard Holbrooke’s plane into Kandahar and helicoptered with Defense Secretary Ashton Carter into Baghdad.

In all of these instances, I was stationed securely on the other side of the great divide that separates the powerful from the powerless. That all-encompassing machine that projects American might around the world. By virtue of my job as a Times reporter covering the American government, I somehow became one of the people whose lives are deemed so important that we need millions of dollars spent to protect us from people so poor they have no shoes on their feet and wear hand-me-down Chelsea football shirts.

But I am also a daughter of Africa, and I know what it’s like to stand on the other side of that divide. To stand on the side of a road in your own country, watching the shiny vehicles filled with important people, encased in air-conditioning, as they speed by. My sister and I once stood on the roadside for hours near our home in Monrovia hoping to catch a glimpse of Amy Carter, when President Carter visited Liberia in 1978. The Americans in the motorcade looked like some kind of visiting deities. These were the people who put men on the moon and who had so much money that they could spend it on clothing for their dogs. They paid no attention to us as we waved frantically at the motorcade, but my sister and I still ran excitedly back to the house afterward exclaiming about how we had seen Amy.

We had seen, with our own eyes, the people in the motorcade. The people who are so important that they don’t have to stop when they hit and kill a young boy.

The initial anger I felt after we killed Toussaint and didn’t stop stayed with me as I wrote my news story that April about the events that day. It boiled up again when I saw the looks of helpless, impotent anger in the faces of the villagers who lined the road when Ms. Power returned to apologize to Toussaint’s family.

I was angry at the State Department aide who questioned why the reporters were writing about Toussaint, saying there were better things for us to cover. I was angry when I went back to the scene of the crime months later and sat in Toussaint’s house with his father and grandparents, listening to them as they struggled to answer my intrusive questions. I was angry when, before the story ran, a top Obama administration national security aide asked me at the White House Christmas party why we were revisiting the story of Toussaint.

At the time, I didn’t know what to say to her, and I stammered over my answer before mumbling something about how I just thought it was important. I was furious afterward with my lame response.

I wish I had told her that. I’m still kicking myself.