The government’s promises of ‘a better life for all’ have not come close to addressing the challenges of the political economy, writes Thabang Motsohi 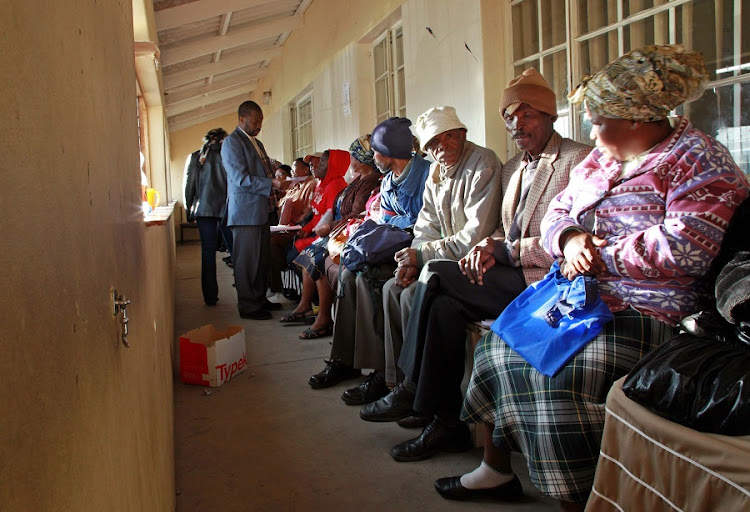 I recently raised a serious concern about whether the ANC government has paid the required attention and effort to address the structural manifestations of the apartheid legacy in a systematic and vigorous way — beyond the usual public rhetoric about the evils of the system and the oft-repeated promise of a “better life for all’’ during their election campaigns. The inherited apartheid legacy included shocking levels of racialised structural poverty, income and wealth inequality, as well as unemployment. The outcome of that legacy are the high levels of anti-social behaviour and unacceptable levels of crime, especially in poor communities.

With our Constitution and its subsequent laws we have successfully defined the type of society we wish to achieve. However, the biggest and most difficult challenge is at the level of the political economy. We must accept that levels of structural unemployment in SA underpin and drive increasing poverty and widening wealth inequality.

The post-apartheid democratic government was morally obliged to respond to this poverty through a comprehensive set of social welfare grants and other benefits, such as rolling out free housing and access to electricity and water. These are part of the good story to tell in respect of poverty alleviation.

However, our enormous structural unemployment required a response that should have been anchored in policies that provided for mass low-cost employment in retail manufacturing and a major boost in informal employment or self-employment, in combination with broad social security support. This should have been the response of a government driven by a high level of consciousness for social justice as a political philosophy, and that is also manifestly pro-poor in its policy outlook, as the ANC has often claimed to be.

However, none of these options are contained in its current development strategies and policies. The radical economic transformation promised at every political rally remains to be seen. Instead we have is a development policy strategy that has put a high premium on formal job creation in a technology-and skills-driven growth trajectory — but our labour market conditions require jobs that can benefit our large, under-educated and unskilled labour force.

Since the brief growth enjoyed up to 2008, the economy has experienced a steady decline accompanied by increasing loss of formal jobs in the retail manufacturing sector, mining and agriculture. Unemployment levels have exploded, inequality has increased and poverty levels remain. In contrast, the stringent labour regulatory conditions have benefited formal employment and unionised members, in both increasing wage levels and employment benefits. In the absence of a comprehensive social security system, the unemployed remain marginalised and trapped in poverty.

There was hope that the “New SA” would attract substantial foreign and domestic investment that would create jobs and reduce unemployment. This failed to happen and the business confidence index remains low. In reality, flagship transformation initiatives, such as black economic empowerment, have only benefited the political elite and those within their circles.

Broadly accessible quality education is generally accepted as the most effective instrument to help the poor escape their circumstances. Regrettably, the dysfunctional school system constitutes a spectacular policy failure for the governing party. A critical point is that the casualties of this system are most common in Quintile 1 and 2 schools that are normally under-resourced and cater mainly to learners in poor communities. This is the segment that suffers under the stifling dominance of the South African Democratic Teachers Union, which has frustrated every effort to implement accountability in how the schools perform. For the poor, “the state of the schools and the quality of education they receive, reinforces the poverty trap they wish to escape” (Spaull, N, “Schooling in South Africa: How low-quality education becomes a poverty trap,” in South African Child Gauge 2015).

Land restitution and re-distribution remains another key area of glaring policy failure. The delays, despite all the promises, have no rational explanation. The ANC has lost substantial credibility because of the incompetence and tardiness in the implementation of its own policies in this regard.

From all this it is clear that the ANC has failed to conceive and implement effective policy choices to respond to key socio-economic challenges facing SA. The oft-cited refrain is that global economic conditions impose a major constraint to local economic progress. What we fail to accept is that disastrous leadership since 2008 is primarily responsible for the current state of the nation.

The post-apartheid reality is that political power relations have changed dramatically, but the undeserved wealth accumulated by whites remains untouched. In fact, for many, the wealth accumulated has been increased by the global opportunities brought about by a democratic SA. It is clear is that the status quo constitutes a serious threat to our nascent democracy. The patronage-driven factional battles within the ANC can only bode ill for the future. However, these increasingly competitive electoral politics have ushered in a real possibility for political power re-arrangements in 2019 — and hopefully better prospects for SA.

•Motsohi is an organisational strategist at Lenomo Strategic Advisory Services