“What is revolutionary about being led by a person in old age?” That’s the question Zimbabwean ruling Zanu (PF) and its youth wing must ask itself‚ the EFF’s Mbuyiseni Ndlozi said on Tuesday. 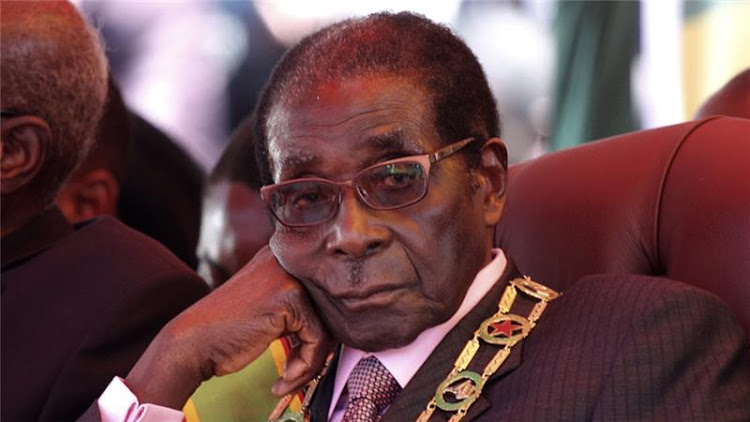 They must also ask themselves “what is revolutionary” and being led by a leader “who sleeps all the time in meetings‚ can no longer even hold a pen or write half a page”‚ Ndlozi said of President Robert Mugabe.

This was in response to the Zanu (PF) spokesperson Psychology Maziwisa’s dismissal of EFF leader Julius Malema’s scathing comments on Monday‚ in which he called on “Grandpa Mugabe” to step down.

Maziwisa said: “Not bothered at all by Julius Malema’s latest ranting. He is a little and irrelevant man who is trying desperately to gain political mileage in SA by insulting a great man in Zimbabwe. Won’t win!” Maziwisa reportedly posted on Facebook.

Ndlozi shot back that both the “the Zanu (PF) and its youth wing … are cowards”‚ and added that they were “afraid … of President Mugabe”.

He was particularly scathing of the youth wing‚ saying it was “defending and advancing an essentially anti-youth” view.

“This is because there is actually no youth in the Zanu (PF) Youth; what you find are middle-aged men and women‚ half of which are suffering from a mid-life crises. They should be ashamed of themselves for holding the future from being born in Zimbabwe.”

He reiterated Malema’s stance and said the party “reaffirms its position that President Mugabe’s occupancy of the position of president is not good for the radical African political programme”.

“He is the bastion of the reactionary phenomenon of ‘lead to the death’ that has crippled the image and praxis of post-colonial Africa.

“President Mugabe is not only the contemporary engine of personality cult‚ but he is protected by a group of cowards around him who hypocritically defend him everyday‚ whilst harbouring ambitions to lead soon.”