“This is gonna hurt me more than it hurts you.”

My black, middle-class adoptive mother often grumbled these words as she prepared to whup me for getting dirty, mouthing off, rolling my eyes, telling lies or any number of other childhood misbehaviors. 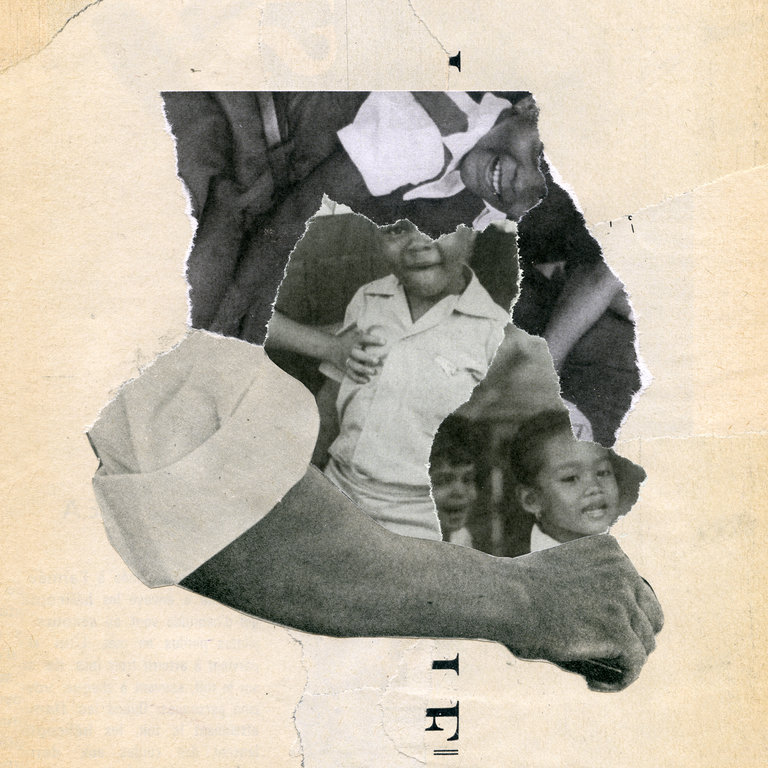 I still see myself standing naked in the living room of our suburban New Jersey house, my heart thundering as I watched her through the screen door, rustling through the thicket of shrubbery that girdled the front porch.

The switches she pulled smelled sweet and damp like the earth. Sometimes they whistled when she swung them. Other times they cut through the air like knives. They left long, red welts against the skin of my butt, back, arms and legs. If I tried to shield my head and face, she grabbed one of my arms, raised it over my head and whupped me as I bucked in a circle.

When the beating was over, we stood within reach of each other, out of breath, our hair a mess. Her first words were always the same: “Stop that crying, or I’ll give you something to cry about.”

I wouldn’t look at her as I slid my clothes over my stinging skin and bent to pick up the broken branches.

By the time I was 12, I was in the state foster care system: case #KC114343. I still carry the scars — fleshy Braille that narrates the story of my childhood. It is a common one, unfortunately. My adoptive mother, and generations of black parents like her, honestly believed that whupping children was a pillar of responsible black parenting.

Today, black parents are still about twice as likely as white and Latino families to use corporal punishment on their children. I’ve heard many black people attribute their successes, or the fact that they weren’t in jail, on drugs or dead, to the beatings they received as children.

But if whupping children kept black people out of prison or safe from abusive cops, there would be no mass incarceration or police brutality. If beatings were a prerequisite for success, black people would be ruling the world.

After spending years in therapy, studying the history of corporal punishment and writing a doctoral dissertation on the well-orchestrated matrix of Jim Crow oppression that trapped black children at every developmental milestone, I now have a better understanding of why my adoptive mother punished me the way she did.

Before white America enslaved millions of Africans, whuppings were not a parenting tool embraced by my ancestors. In fact, there is no evidence that ritualistic physical punishment of children existed in pre-colonial West African cultures, where children were viewed as sacred and purer than adults, and sometimes even as reincarnated ancestors or gods.

It is a European idea that children are “born in sin” and should have the devil beaten out of them with a “rod of correction.” That brutality cascaded across other cultures through slavery, colonialism and religious indoctrination.

It should not be surprising, then, that black American slaves, who endured the trauma of their own beatings, inherited their oppressors’ violence and, for centuries, passed down these parenting beliefs. This is one of the saddest untold stories in American history — the way in which the victims of racist oppression and violence have hurt the bodies of their own children in an effort to protect them from a hostile society.

Today, despite 50 years’ worth of research on the harms of “tough love” parenting, many black parents still see a slap across the behind or a firm pop on the hand as within bounds. But it doesn’t stop there: Statistics gathered by the National Child Abuse and Neglect Data System consistently show that black children are mistreated and killed by their family members at significantly higher rates than children of any other group.

Between 2006 and 2015, more than 3,600 black children were killed as a result of maltreatment, according to the Administration for Children and Families. That’s an average of 360 children a year, three times higher than for other racial and ethnic groups. Many social workers and district attorneys I have talked to say it is not malicious parents intentionally hurting their kids who end up with convictions for child abuse or homicide; it is those who started spanking and escalated as the child got bigger.

Too many black leaders continue to support hitting children. A few years ago, our first black president joked nostalgically at the 100th anniversary of the N.A.A.C.P. about the days when the community was empowered to publicly whup misbehaving children. Black clergy preach a “spare the rod, spoil the child” gospel. Black comedians make fun of white parents who do timeouts. And the latest trend is parents uploading videos to social media of them screaming at, shaming and hitting their kids, for millions of people to view and “like.”

The truth is that white supremacy has done a masterful job of getting black people to continue its trauma work and call it “love.” That is how, in some 19 states, mostly in the South, you can get so many black parents to sign opt-in forms giving public schoolteachers permission to paddle their kids with wooden boards, even though black students are five times more likely to be hit than white students for committing the same offenses.

Black children are also more at risk of being assaulted, seriously injured or killed by a parent than by a police officer, a neighborhood watchman or an irritated racist who hates rap music. We have to stop hurting our children to protect them. It is not working. And worse, it erodes our children’s humanity and co-signs the slave master’s logic that you have to hit a black body to make it comply.

We need to stop teaching children that obedience is their greatest virtue. Especially as we brace for the possibility of more systemic racial devastation, we need young people who push boundaries and become the kinds of adults who will not let themselves be victimized.

The violence that black children experience from trigger-happy cops, in the streets of cities like Baltimore and Chicago, in schools and at home is all interconnected. It is all strange and bitter fruit from the same tree. I am asking that black parents stop assisting in the devaluation of our children.

Instead, we must make black childhood the antidote to centuries of racism.