He was an enslaved teenager on a Jesuit plantation in Maryland on the night that the stars fell. It was November 1833, and meteor showers set the sky ablaze. 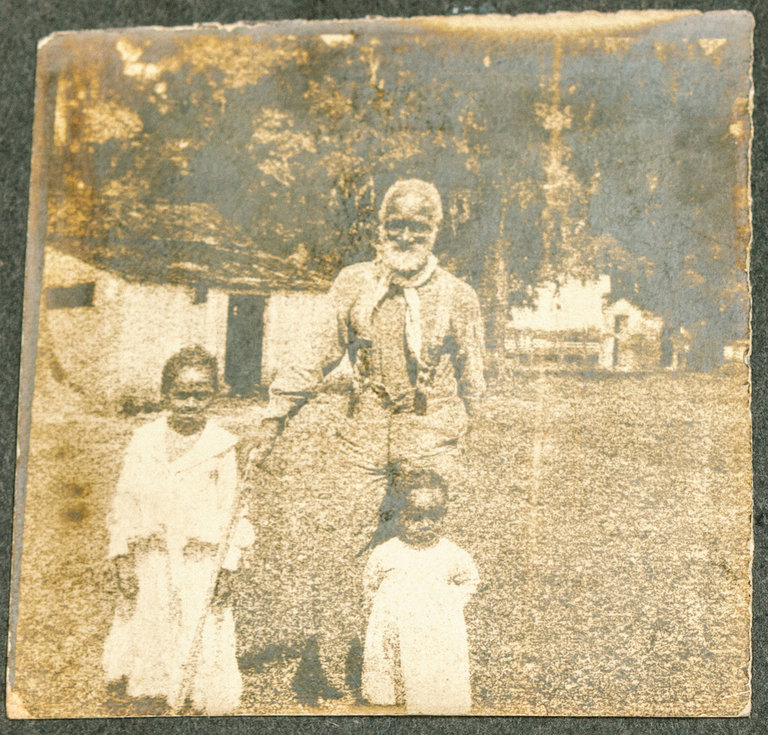 A photograph of Frank Campbell, one of 272 slaves sold to keep Georgetown University afloat, was found in a scrapbook at Nicholls State University in Louisiana. The children with Mr. Campbell are unidentified. Credit William Widmer for The New York Times

His name was Frank Campbell. He would hold tight to that memory for decades, even when he was an old man living hundreds of miles away from his birthplace. In 1838, he was shipped to a sugar plantation in Louisiana with dozens of other slaves from Maryland. They had been sold by the nation’s most prominent Jesuit priests to raise money to help save the Jesuit college now known as Georgetown University.

Mr. Campbell would survive slavery and the Civil War. He would live to see freedom and the dawning of the 20th century. Like many of his contemporaries from Maryland, he would marry and have children and grandchildren. But in one respect, he was singular: His image has survived, offering us the first look at one of the 272 slaves sold to help keep Georgetown afloat.

These rare, century-old photographs of Mr. Campbell help illustrate the story of those enslaved men, women and children. We shared that story with you back in April, starting a conversation about American institutions and their historical ties to slavery that has engaged many readers.

The photos had been stored in the archives of the Ellender Memorial Library at Nicholls State University in Thibodaux, La., not far from where Mr. Campbell was enslaved.

Clifton Theriot, the library’s archivist and interim director, made the connection late last year after stumbling across an article in a genealogical quarterly about the Jesuit slaves who had been shipped to Louisiana. He was startled to see Mr. Campbell’s name listed among them.