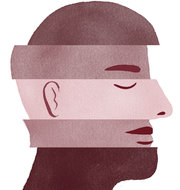 My 11-year-old is understated, but not shy. He likes to bake, loves video games, is loyal to his friends and, biased as I may be, is a pretty good-looking kid. He gets mad sometimes, though, that people don’t immediately register him as black. “You’re so lucky,” he said to me a few months ago. “People look at you and know that you are black.”

Being black in America has historically been determined by whether or not you look black to nonblack people. This keeps racism operational. Brown and black skin in this country can invite a broad and freewheeling range of bad behavior — from job discrimination to a child being shot dead in the street. For my son, though, being black in America is about more than his skin color. It’s about power, confidence, culture and belonging.

You inherit race, though. You don’t steal it. We’re reminded of this once again by Rachel Dolezal, the white woman who made national headlines in 2015 for claiming a black identity because she felt like it. She released a memoir last week.

For the record, Ms. Dolezal, who has legally changed her name to Nkechi Amare Diallo, is white. She is the biological child of white parents who have stated publicly that their daughter is a white woman falsely identifying as black.

Ms. Dolezal’s story demonstrates our unnerving trajectory from 2015, when white privilege was a zeitgeisty phrase people might apply to certain egregious behavior — like using your white privilege to decide you are black because you feel an affinity for corn rows and weaves — to the white supremacy of the Trump administration.

I was adopted into a white family, and the only black birth-family members I am aware of are no longer living. Every day I am saddened by the fact that I don’t have any black relatives for my son to know and spend time with. But my son has me, and I have him. And we are black. He also has his father, my husband, a white man of Italian descent, which accounts for our son’s light-skinned appearance.

My son is not the only light-skinned, mixed or biracial person I know who identifies primarily as black. Increasingly, I have observed my adult peers and colleagues who fall into this category not merely identifying as black, but routinely pulling out the receipts to prove their blackness.

Some of this may have to do with what the brilliant Jordan Peele, who is also biracial and black, tapped into for the plot of his genre-redefining box office hit, “Get Out” — that it’s cool to be black right now, that we are trending.

In the more than two years since Michael Brown was fatally shot by police in Ferguson, Mo., and the city erupted in anger and unrest, increasing the visibility of the Black Lives Matter movement, we have borne witness to the very best of who we are as black people in this country. The atrocities continue — the glaring police brutality, the staggeringly disproportionate numbers of black men in the prison system, the racial wage gap and any number of other disparities that come along with a nation founded upon enslavement of nonwhite people — but we galvanize our grief.

Our new president campaigned directly to those white people who are terrified by our resolve to not merely survive, but to represent America as something other than demoralized chattel. President Trump can try to reduce us to “the blacks” who are all relegated to life in the “inner cities,” which “are a disaster education-wise, job-wise, safety-wise, in every way possible,” but I suspect that’s because he knows he has already lost control of the narrative.

In the 1970s Warner, N.H., then a town with a population under 1,500, where census data indicates that I represented the black population in its entirety, I used to love watching “The Wiz.” I could look at Diana Ross as Dorothy, with her chic round Afro, brown skin and ruby slippers, and Michael Jackson, whimsical and fluid as the Scarecrow — the part I eventually got to play in my dance class production of the show — all day.

In middle school, I spent a lot of time trying to explain to my white classmates that even though I look black, I am actually biracial — my birth mother is white and my birth father is black — and so I wasn’t really as black as they thought. What’s more, my adolescent logic went, my adopted parents are white, so that should count for something, right? People were seldom interested. At best, I heard this: “We don’t even think of you as black anyway.”

It was a comment that, based on how I thought then, should have made me feel better than it did. After all, wasn’t that what I wanted? To be considered an equal? It took me a long time before I understood that being an equal in an exclusively white environment meant erasing and devaluing my blackness. As a young adult, though, I did come to realize that wholly embracing my blackness, not explaining it away to classmates or friends, comes with a mighty and magnificent sense of joy, which I hope will serve as a model for my son to keep doing the same.

So it’s profound to me that my light-skinned son, who identifies as both mixed and black, was upset when he started sixth grade last fall at a new school where his new racially diverse peer group expressed confusion about his background.

When my son first started to black identify at about 5 or 6 years old, an acquaintance of ours asked my husband, in my presence, if he felt like we were “depriving” our son of his “white side.” My husband, a sociology professor and the author of two books on the failure of housing and school desegregation in the United States, said: “If my parents had instilled any Italian culture in me, I might want to share that with my son. But if you’re talking about general whiteness, there’s nothing there to pass down.”

This acquaintance, it seemed, was suggesting that by encouraging our son to embrace his blackness, we were depriving him of something bigger and greater than the already big and great benefit of white privilege. That my son sees more power in centering his blackness over exploiting whatever white privilege he may ultimately be afforded is a thing of glory.

Rebecca Carroll is the editor of special projects at WNYC and a critic at large for The Los Angeles Times.