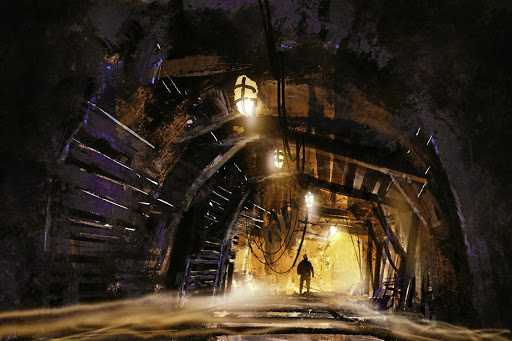 An audit ordered by President John Magufuli in March found that Acacia had been conducting business in Tanzania “contrary to the law”, Nehemiah Osoro, chairman of a committee of academics, lawyers and economists that conducted the probe, said at a briefing on Tuesday in the commercial capital, Dar es Salaam. The audit covered mineral exports over the past 19 years.

“We should summon them and demand that they pay us back our money,” Magufuli said after receiving the committee’s report. “If they accept that they stole from us and seek forgiveness in front of God and the angels and all Tanzanians and enter into negotiations, we are ready to do business.”

Acacia’s shares dropped as much as 15% and were 10% lower at 269.8p by 3:08 pm in London. The company, which is majority owned by Barrick Gold, said in a statement that it strongly refutes the committee’s findings.

“We have always conducted our business to the highest standards and operated in full compliance with Tanzanian law,” Acacia said. “We have declared everything of commercial value that we have produced since we started operating in Tanzania and have paid all appropriate royalties and taxes on all of the payable minerals that we produce.”

The accusation is the latest sign of deteriorating relations between Acacia and the country where it mines all its gold. Last month, a Tanzanian presidential committee investigating the export of gold and copper concentrates, a semi-processed form of ore, said Acacia had not fully declared all the minerals contained in its concentrate.

Acacia slid almost 40% in two days after the first committee report last month. The firm has been in dispute with the government since the country issued a surprise ban on concentrate exports in March.

The restriction is costing Acacia about $1m a day in sales and the company has said it may be forced to shutter its flagship Bulyanhulu mine unless a solution is found.

“If no resolution is found over the summer we would expect Bulyanhulu to be placed on care and maintenance,” Numis Securities said in a note to investors on Monday.

Before the concentrate ban was introduced, Acacia had been making progress in turning around the troubled Bulyanhulu operation, with output at the mine increasing 6% in 2016 to the highest in a decade. Concentrates accounted for 45% of Bulyanhulu’s revenue last year and about 30% of the company’s total sales.

Magufuli is overhauling Tanzania’s mining industry as he seeks to generate more revenue to help finance projects including the building of a new port, railway and oil pipeline. Last month, the president fired Mines Minister Sospeter Muhongo after a separate probe found mineral exports had been understated.

Acacia said its business in Tanzania must be based on fairness and highlighted its economic importance to the country saying it had invested $4bn there. “Acacia remains open to further dialogue with the government regarding this issue and continues to assess all of its options. We will provide a further update to the market as soon as practical,” the company said.

Companies exported minerals worth as much as 381-trillion shillings ($170.2bn) between 1998 and 2017, and declared 40% fewer containers than they actually shipped, Magufuli said. Unpaid taxes by mining companies operating in Tanzania could amount to as much as 108.5-trillion shillings, he said.

“These people are ruthless,” a visibly agitated Magufuli said in a live broadcast. “They have taken all this gold and other minerals, but revenues, taxes, they didn’t pay.”

The president said he agreed with all 20 recommendations in the report. Proposals include maintaining the mineral-export ban until all back-taxes are paid, having companies receive their revenue in Tanzanian bank accounts and renegotiating mining agreements to allow the state to buy shares in the companies. The report also recommended that any arbitration be handled by Tanzanian courts and that the government rectify mining and tax laws to make the industry more beneficial to the nation.

Companies have mined diamonds, for example, in Tanzania since 1949. The government’s stake in those companies has fallen to 35% from 50%, but the state has yet to receive any dividends, Magufuli said.

“This is inhuman and it’s a big sin,” Magufuli said. “What curse have we been burdened with?”