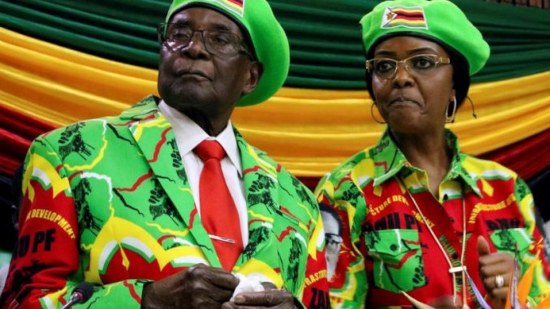 It seemed that Robert Mugabe, the 93-year-old Zimbabwean president, would rule his country until he died – but in the end, his fall was very swift. Mugabe’s decision to depose vice-president Emmerson Mnangagwa, at the behest of his 52-year-old wife Grace, was the last straw, and the army stepped in to depose him in a smooth operation that met no opposition.

Grace Mugabe’s political assassination attempt on Mnangagwa – a move to position herself as her husband’s successor – drew comparisons with Lady Macbeth, not least since her hunger for power finally brought about the Mugabes’ downfall. The only real question was how her veteran husband let her lead him to that fatal step without seeing the blowback coming.
The first lady started out as a young secretary in Robert Mugabe’s typing pool. She became his mistress in the early 1990s and married him in 1996 in a lavish wedding ceremony. She began her formal rise to power in 2014, as head of the ruling Zimbabwe African National Union-Patriotic Front (ZANU–PF) party’s Women’s League. But where she really flexed her muscles was in a ruthless campaign to expel Mugabe’s vice-president, war heroine Joice Mujuru, first from office and then from the party.

In so doing, she antagonised the war veterans who saw Mujuru as one of their own, but she shored herself up with the support of ZANU-PF’s Youth League. She became a leader among the so-called G40 – the Generation of 40, a faction of younger ZANU-PF party members in their 40s and 50s who conspired to target her rivals. Mnangagwa, a veteran and former spymaster, was next on her hitlist. Although she did not officially join the cabinet of ministers, her G40 allies there worked against Mnangagwa and his allies. They drummed up the relentless refrain that Mnangagwa was working to undermine Robert Mugabe.

Grace Mugabe’s volatile temperament made news across the continent when she attacked a 20-year-old woman, who had been partying with her sons in a Johannesburg hotel, with a power cord. She escaped prosecution by claiming diplomatic immunity, conducting herself very much like a president-in-waiting. It seems the South Africans took note.

Jacob Zuma, the South African president, responded to the Zimbabwean coup with tact and moderation, calling for for “calm and restraint” in line with the constitution. His statement came with an implicit sigh of relief, a note of hope that something like predictability might be returning across his country’s northern border.

The Chinese, longtime friends of Zimbabwe, took a similar tack. It is no coincidence that General Constantine Chiwenga, the Zimbabwe army chief, was visiting China when Mnangagwa was booted out. It seems likely that Chiwenga discussed his plan to intervene with the Chinese. Having supported and trained Mugabe’s rebel liberation army in the late 1970s and helped finance the country’s grossly mismanaged economy, Bejing must be relieved at the prospect of a return to actual economic management. 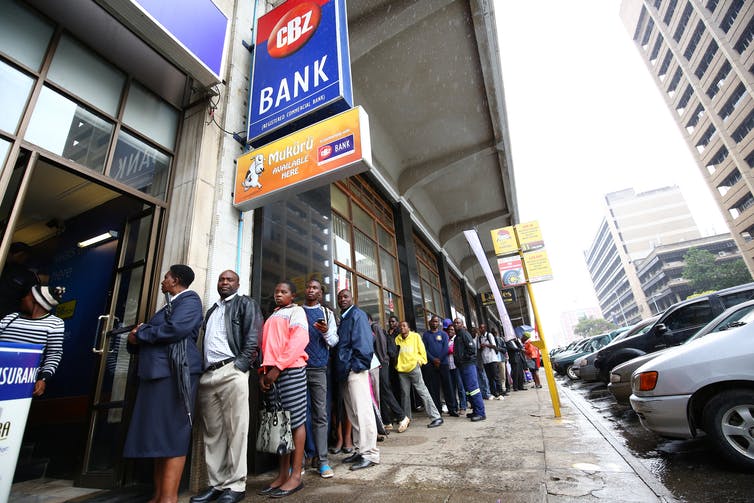 Again, the Mugabes’ recent conduct is what really stuck in the craw. The distinguishing characteristic of Grace Mugabe’s long campaign against first Mujuru and then Mnangagwa was her total lack of concern for Zimbabwe’s increasingly impoverished citizens. By the time the coup came around, some economists estimated inflation at well over 300%. The “bond notes” printed to compensate for a paucity of US dollars never earned popular confidence – the country seemed doomed to return to the fiscal madness of the mid-2000s, when Zimbabwean dollars were being printed so fast that a loaf of bread cost millions.

Grace Mugabe and her G40 supporters had little concern for monetary policy, and neither the Chinese nor anyone else wanted to channel open-ended financial flows to such a country. The South Africans, meanwhile, wanted to slow the number of economic refugees, about 3m of whom have fled Zimbabwe for Johannesburg, Durban and Cape Town, all of which already suffer from rising unemployment. And so when the coup came, there was little reason for anyone to help the Mugabes cling on – even their oldest allies.

Rescue mission
It is far from certain a coalition will be possible, but opposition leader Morgan Tsvangirai has flown back to Zimbabwe from Johannesburg and is reportedly ready to discuss possibilities. Tsvangirai knows that Mnangagwa has a ruthless past. He was an animating figure behind the brutal suppression of largely fictitious dissent in Matabeleland in the 1980s, when Zimbabwean soldiers trained by North Korea killed thousands of innocent citizens.

But what is really occupying people’s minds – including those of the military figures that launched the coup – is the need for a coherent policy programme to help Zimbabwe climb out of a shockingly deep economic hole. If Mnangagwa can form a unity government with the opposition, there will be enough financial brains involved to make a fresh start. 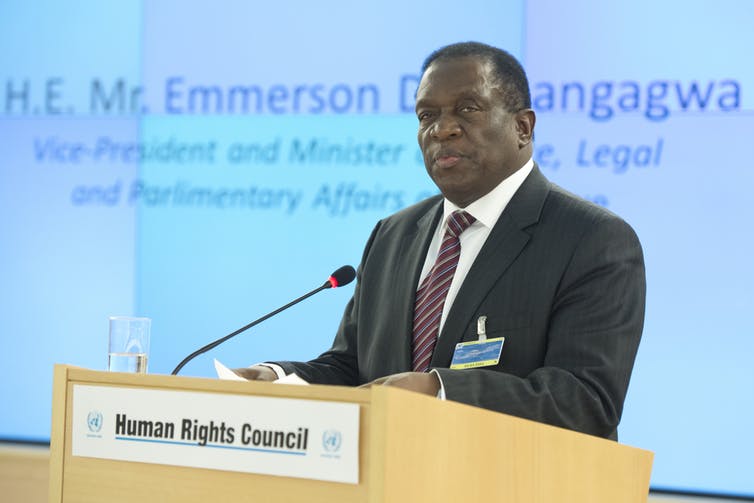 Mnangagwa is no economist, but he understands the need for economic planning and revival – and what the country’s old hands lack in new ideas they may at least make up for in competence. The new president could build a good team from two former ministers of finance, Tendai Biti of the opposition and Mnangagwa supporter Patrick Chinamasa, demoted recently from the finance portfolio at Grace Mugabe’s behest. At minimum, both men would be trusted by crucial patrons in both the West and China.

So far, the world’s great powers have stood aside in this Shakespearean drama. The Mugabes were swiftly put under house arrest in the presidential palace the Chinese helped build, an opulent structure crested by blue Chinese porcelain tiles that looks like the Temple of the Dawn in a kung fu movie. Without explicitly approving a military coup – and despite their reservations about Mnangagwa’s ruthless history – they seem content to embrace the lesser of two evils. As the tanks rolled in, everybody breathed a quiet sigh of relief.

Any new government will not start on a firm foundation. Perhaps Grace Mugabe will try to somehow organise a comeback. It’s not clear if Zimbabwe still has enough of an economic base to start rebuilding itself in earnest, and the military may yet try to extract a price for its role in bringing Mugabe down. Should that price be too high, Zimbabwe might fall prey to the old Turkish phenomenon of “tutelary democracy”, where for decades a powerful military peered over the shoulders of a weak government.

But for now, it seems the Mugabe era is over – and as far as Zimbabwe’s most important backers go, that’s a start.

Related story: Mnangagwa and the military may mean more bad news for Zimbabwe