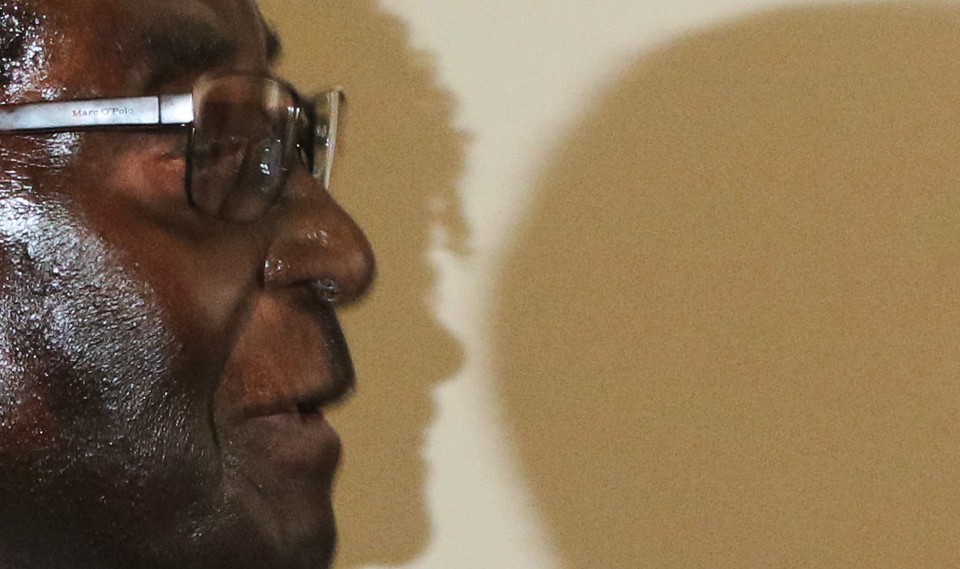 Despite mounting calls for his resignation, Robert Mugabe has vowed to stay on as president of Zimbabwe, further extending his nearly four-decade reign in office. The next 48 hours will be crucial, as Mugabe could be impeached when parliament reconvenes on Tuesday. The unfolding political drama in Zimbabwe remains muddled at best and follows a stunning series of events, including a de facto military coup last week and a historic mass demonstration in Harare on Saturday, in which jubilant citizens marched hand-in-hand with the same military officials who had long abused their rights with impunity.

On Sunday, the momentum towards Mugabe’s probable ouster picked up steam when the ruling ZANU-PF party voted to expel longtime stalwarts, including Mugabe and his wife Grace, who had been leader of the influential women’s league and, until last week, the president’s presumed successor. Emmerson Mnangagwa, a former vice president and Mugabe protégé, was installed as new party leader. Mnangagwa is now expected to assume the presidency and lead a potential transitional authority.

Now that Mugabe is likely headed for retirement, despite his last-ditch efforts to hang on, Zimbabweans must reckon with difficult choices that will decide their fate. Will their country remain an autocracy, run primarily by the same old men who will simply trade in their military fatigues for expensive designer suits? Or can the country put itself on a path toward inclusive democracy?

The immediate issue of concern is what shape the political transition takes. Unfortunately, the most likely outcome is a military junta that retains only a fig leaf of legitimacy. The various opposition groups, especially the party of former labor leader Morgan Tsvangirai, would be wise to avoid a coalition trap again. A notional government of national unity, with Tsvangirai as prime minister, presided over the country from 2009 to 2013 after a disputed election that Mugabe lost. During that time, Mugabe and his cronies in ZANU-PF kept firm control and merely consolidated their political power. This culminated in a July 2013 election in which the opposition was thoroughly routed.

Zimbabwe’s civil-society organizations, including its influential religious and human-rights groups, are also deeply skeptical of the potential backroom political dealings. These groups took to the streets in full force this weekend, mobilizing citizens online and marching alongside soldiers and the country’s war veterans. But they also know that Zimbabwe’s long-ruling elite didn’t reform overnight with their move against Mugabe. In a twist of irony, for example, prominent activist Itai Dzmara was abducted and has not been seen since March 2015 after courageously calling for Mugabe to step down. Now, the same individuals likely responsible for the disappearance and likely death of Dzamara—and countless other dissidents and activists—are on the verge of assuming power after advancing the same demand.

Mnangagwa, Mugabe’s likely successor, was a longtime security chief and the prime architect of a massacre of at least 20,000 civilians in the 1980s. General Constantino Chiwenga, the organizer of the coup, launched a vicious campaign of violence against Tsvangirai’s supporters and civic leaders in 2008, which killed hundreds and left tens of thousands homeless. Both men are also part of ZANU-PF’s vast, corrupt business empire. The party meeting to expel Mugabe, for instance, was chaired by Obert Mpofu, a Mnangagwa ally who oversaw the nation’s diamond mines at a time when billions of dollars of revenue went missing, never making it into government coffers. Meanwhile, Mpofu and other ZANU-PF bigwigs live in extravagant mansions and own fleets of luxury cars.
The other decisive issue is the timing of new elections. ZANU-PF has proposed an extended transitional period of up to five years, a plan reportedly backed by South Africa and Britain, Zimbabwe’s former colonial ruler. The country certainly needs time to overhaul its flawed voting system, and to align its laws with the 2013 constitution, if it hopes to have a truly free, fair, and credible poll. Holding a vote in August as scheduled might be ambitious, but delaying it too long also comes with inherent risks.

The best-case scenario is a truly broad-based coalition authority, followed by elections as soon as they are feasible. South Africa has reportedly tried to negotiate the Mugabe family’s exit and to broker a peaceful political transition. But the regional power has largely squandered its credibility after years of being viewed as propping up Mugabe and too ready to accept short-term “stability” at the expense of long-term reform. This notion is certainly not lost on the people of Zimbabwe, many of whom carried banners over the weekend asking their neighbor to keep its nose out of their affairs. Britain, for its part, is also seen as too close to Mnangagwa.

The United States has so far remained on the sidelines. At a time when America’s global reputation is in serious jeopardy, the upheaval in Zimbabwe offers a low-cost and timely opportunity to stand firm on democratic values and demand that basic principles of human rights be respected. On Friday, Secretary of State Rex Tillerson called for “a quick return to civilian rule” and asserted that “Zimbabwe has an opportunity to set itself on a new path, one that must include democratic elections and respect for human rights.” This rhetoric is a good start, but it must be reinforced through action.
Zimbabweans often bristle at any perceived foreign meddling in their affairs, and rightfully so. But their country will need external support, both in the short and long run, to prosper. At a minimum, the United States could back democratic forces by strategically countering the apparent support for Mnangagwa from South Africa and Britain. Washington would do well, on the other hand, to advocate for a genuinely representative political transition and a timely path to credible elections, as it did in Liberia after its civil war and after Mali’s 2012 coup. American assistance, including much-needed diplomatic pressure and principled engagement, can expedite electoral changes and raise the odds that Zimbabwe’s new leadership will reflect the will of the people, which is long overdue.

The United States will be even more relevant for Zimbabwe’s economic revival. Over half of Zimbabwe’s rural population relies on outside food assistance, a stunning statistic for a country that was once a net food exporter. The average Zimbabwean is poorer today than in 1980; by some estimates, unemployment is at 95 percent. The country is desperate for cash to jumpstart its once productive farms and factories. Although Mnangagwa and his political allies have long-standing ties to China, the road to recovery inevitably runs through Washington—the country is more than $9 billion in debt to western institutions, including the World Bank. A bailout plan proposed two years ago received British backing, but the United States blocked any financial support to the abusive Mugabe regime. The Americans will now need to be convinced that commitment to reform is real before agreeing to any restructuring or new loans to Zimbabwe. Importantly, too, Mnangagwa and Chiwenga are still under U.S. Treasury sanctions due to their involvement in widespread human rights abuses.

Despite the confusion that currently prevails in Zimbabwe, the country appears to finally be waking from the nightmare of Mugabe’s catastrophic misrule. But what happens in the next few days will be critical. Vigilance is required, a vigilance that is mindful of the past but also buoyed by the hope of a fresh start and a more prosperous future.