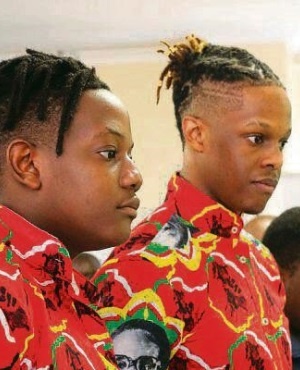 The paper, quoting unnamed sources, said the Zimbabwe Anti-Corruption Commission (ZACC) “is probing with the intention to arrest” the two brothers, along with several other former high-ranking government and ruling party officials.

“Mugabe’s sons, Chatunga, Robert Jr and Goreraza are under investigation on illegal gold trading allegations,” the paper added. It’s not clear whether the three are in Zimbabwe at present, though Chatunga and Robert Junior were reported in December to have returned from South Africa.

Robert Mugabe Junior and Bellarmine made headlines for their lavish, playboy lifestyles in Johannesburg last year. Their antics, sometimes recorded and shared on social media, stoked anger back home where most Zimbabweans are struggling to earn a living.

Harare-based Goreraza reportedly imported two Rolls-Royce limousines in September at a time when the country was critically short of foreign currency needed to import food, drugs and raw materials.