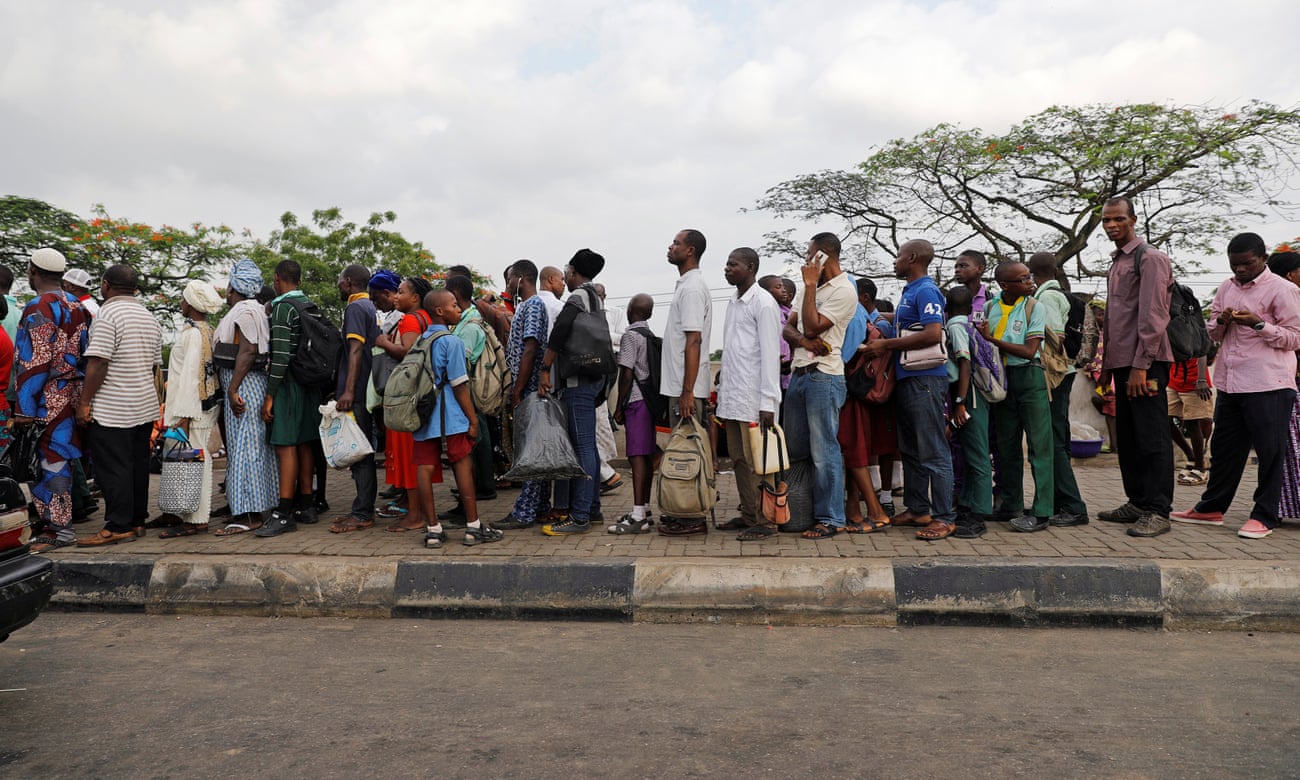 People in Lagos queue at a bus stop. Despite growth, Nigeria now has more people in extreme poverty than India. Photograph: Akintunde Akinleye/Reuters

There’s a speech that the Nobel-prize winning economist Joseph Stiglitz has been taking around African countries these past few years.

Last autumn the venue was South Africa’s capital, Cape Town, and the issue was among the most pressing facing the continent: how its economies can grow fast enough to keep up with the world’s most sharply expanding and youthful populations, which will include three-quarters of the additional 4 billion people on the planet by the end of this century.

It is a problem that has been troubling many, including the billionaire philanthropist Bill Gates. And Stiglitz’s message is not entirely reassuring.

The Asian miracle of manufacturing export-led growth, he told his audience bluntly, can’t and won’t be repeated in sub-Saharan Africa.

Something different is needed, he said. The question, however, is precisely what.

Stiglitz’s interventions in the debate matter. A series of worrying economic indicators are emerging exactly at the moment of maximum concern over how African countries – and the international aid strategies supporting them – can create sufficient jobs, especially for young people amid a population bulge.

Not least among the various alarm bells that have been rung this year are warnings over faltering efforts to reduce chronic poverty, reflected in the fact that Nigeria – one of the region’s biggest growth economies – has overtaken India in terms of numbers of the very poorest.

Another cause of concern has been the growing indebtedness of African countries, often for costly infrastructure projects backed by China, which some fear may soon be unsustainable.
Instead of the “Asian tiger” model – or even suggestions that African countries could model themselves on China – Stiglitz favours a more complex and multi-faceted approach. The Economist
has singled out countries as diverse as the tiny Indian Ocean Island of Mauritius – which he dubbed a “miracle” after a visit in 2011 – and Ethiopia. 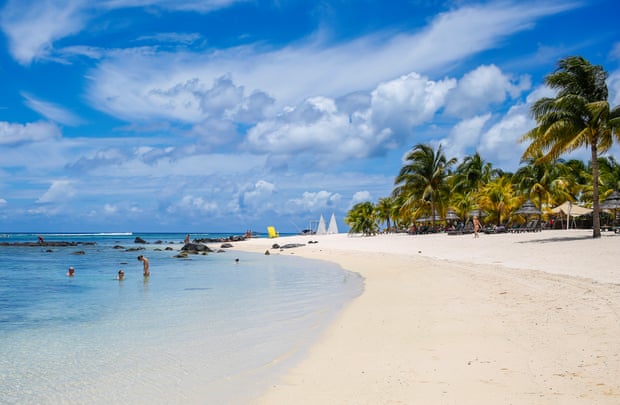 Turtle Bay in Mauritius has become famed for its ability to attract tourists. Photograph: EyesWideOpen/Getty Images

While Mauritius ticks multiple boxes as a success story in economic development and adaptability, how far its achievements are exportable is open to question.

The island has a population of 1.3 million, political stability and an effective welfare state providing free education and healthcare, but it is also attractive for other reasons. It has a largely bilingual population, with most Mauritians speaking both English and French, and also has ties to India, China and the African mainland.

Historically, it has managed the transition since independence in the late 1960s from reliance largely on a single resource – sugar – through a period of textiles manufacturing in the 80s and 90s to where it is now, emerging as a hub for offshore financial services (some of them murky), call centres and an emerging tech focus combined. All in addition to the tourism for which it is most famous.

Away from the more familiar images of beaches dotted with honeymooning couples, and the expensive second homes of European expats along the west coast, the Mauritian approach is represented by the growing cyber city of Ebene on the outskirts of the capital, Port Louis, where shiny new office blocks housing banks and call centres jostle by the highway.
Pratima Sewpal of the Mauritius Economic Development Board is among those with an interest in promoting tech businesses and services.

“When we started promoting this in 2004 there were some 60 companies,” says Sewpal, “and now we have around 800 companies employing 24,000 people engaged in various activities. The objective is to create 15,000 additional jobs by 2030 through initiatives put in place by the government.” 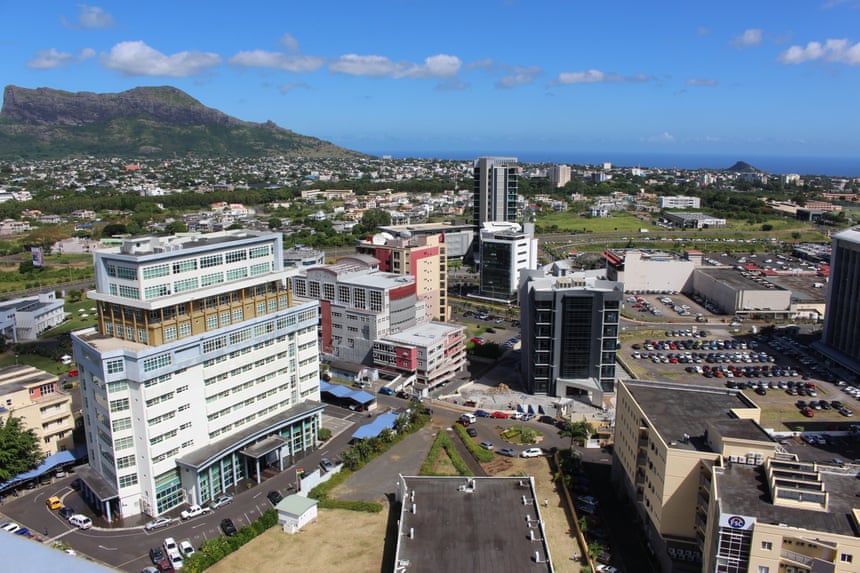 The core of Cybercity in Ebene, Mauritius, with the Indian Ocean in the background. Photograph: Christopher Schuetze for the Guardian

That, explains Sewpal, has included doubling the size of the university engineering programme and the promotion of “reconversion” courses to encourage graduates from other disciplines to retrain for the service industries.

If there is a catch-22, it is that roughly 24% of 16- to 24-year-olds and 30% of women are unemployed, despite labour shortages and an ageing population with a stagnant birthrate, a problem usually blamed on a mismatch in educational skills.

Moreover, despite the region’s impressive growth in the past 10 years, as the World Bank has made clear, the same decade has also brought a sharp increase in inequality, with the gap between the island’s poorest and the richest 10% of households increasing by approximately 37%.

Akbar Khan is among the more fortunate. Now aged 30, he left school at 13 to work as a casual labourer. He learned to become a car mechanic, earning £2 a day.
His life was transformed by the Halley Foundation, a small organisation run by two lawyers based in his hometown, Nouvelle France. The foundation ran a mentoring scheme to encourage 10 young people a year to establish a business on their own.

“Before joining the scheme in 2015, it was difficult. I didn’t have many prospects, so I wanted to set up on my own. Now I have my own garage and I have four people working for me,” he says.
Many of his friends, he admits, have not done so well. “Some of them are working, in shops and tea cultivation. But others are unemployed.”

While Mauritius has unique advantages that have projected the tiny nation to the top of development tables, regionally the challenges, set against the ongoing population bubble, defy simple solutions. 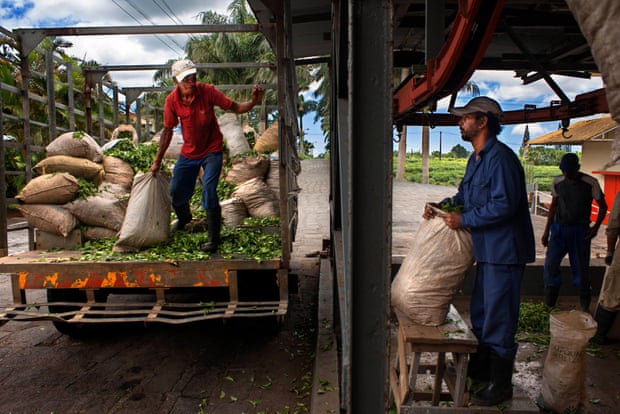 Despite a large potential pool of cheap labour, costs remain higher than in Asia. The long-vaunted demographic dividend, which some had argued would bring growth and jobs to Africa, no longer seems a given. So, how to square the circle of African economic development and job creation?

For Stiglitz, there is no economic deus ex machina waiting in the wings, capable of delivering a sudden surge in jobs and prosperity – certainly not in the form of a new manufacturing boom.

“The basic thing – and it is almost a corollary of what I have been saying about the US – is that global employment in manufacturing is going down because productivity is going up faster than demand,” says Stiglitz.

“There are going to be fewer of those jobs globally. And even if all the jobs in Chinese manufacturing … went to Africa, with the current birthrate it would only fill a fraction of their employment needs.

“It doesn’t mean that manufacturing [in Africa] can’t be an important part of the strategy, as it was part of Asia’s growth – but you have to ask the question: if that doesn’t work, what can work?

“What I have argued is that the reason exports were so important [to Asia beginning in the 1960s] is threefold: it created jobs, created goods for exchange and was the basis of modernisation. There won’t be a single sector or activity that will do all three for Africa, so its approach will need to be more subtle.

“It follows that you need to have a multi-pronged strategy. Some African countries have natural resources, which means they can get foreign exchange – but that won’t create jobs. But there are a variety of sectors that can embed modernisation, including advanced tourism and telecoms.”

So where else does he see signs of success? 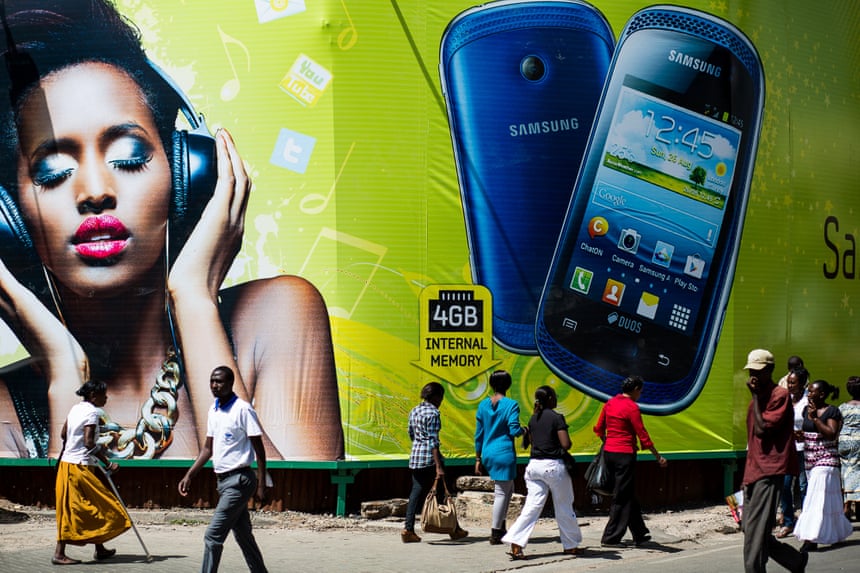 “I think Ethiopia does have an industrial strategy and has been very successful through a combination with modernisation of agriculture.

“Then I think about Rwanda’s attempts to be a hi-tech hub but also develop hotels and conventions.”

Yet even in Ethiopia – perhaps the last great hope in Africa for manufacturing-led development – the chances of success hang in the balance.

Asanakech Dere sits on a wooden stool, carefully tending the beans roasting in front of her. The coffee shop is cramped, with little protection from the rains when they come. Is this the job she hoped for when she decided to move from Ethiopia’s poor southern farmlands to its booming capital?

“Well, it’s much better than working in the factory,” the 22-year-old says matter-of-factly. She can earn more than 3,000 birr (£81) in a good month, more than twice what she used to earn sewing garments in the industrial park nearby. “I’m even able to save money now. I would never go back.”

Since the turn of the decade, the ruling Ethiopian People’s Revolutionary Democratic Front has pursued industrial revolution with an activist zeal unmatched on the continent. Industrial parks have been built all across this vast country of more than 100 million people, with the government doggedly pursuing big-name international investors to occupy them.

Ethiopia has been touted as Africa’s best bet to replace Asian countries like Bangladesh, Vietnam and Cambodia as the world’s workshop, in large part due to the plentiful supply of cheap labour. Between 2010 and 2016, apparel exports – the linchpin of the government’s strategy rose from $13m (£10m) to $87m.

But if the government is to succeed, it needs to convince young men and women like Asanakech to stick with their new jobs. A recent study of five industrial firms – including a garment maker and a shoe factory – found that only a third of new employees remained in the industrial sector after a year.

In parks like Bole-Lemi, on the outskirts of Addis Ababa, labour turnover has proved especially problematic, with employees often lured away by the prospect of better jobs in the city. Asanakech quit after a year.

But even the newly launched Hawassa industrial park, in the country’s rural and densely populated south, is struggling with this problem. 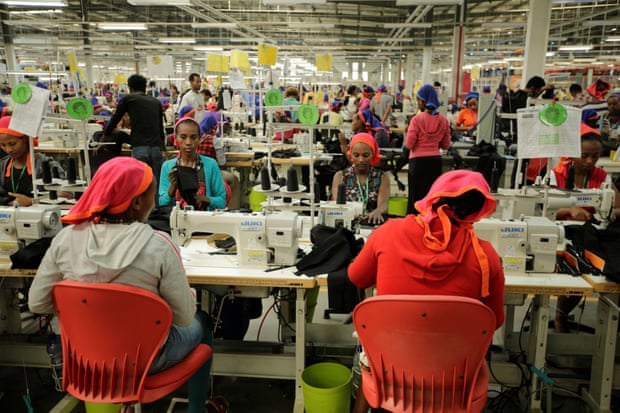 “Labour is much more footloose and willing to leave than was witnessed in Cambodia and Vietnam,” says Lindsay Whitfield, an Oxford economist who has studied Ethiopia’s apparel sector. “Thus, firms are on the offensive in Ethiopia, trying to keep labour.”

It is a delicate balancing act. Critics, including the International Trade Union Confederation, have argued that pay is simply too miserly. Wages in Ethiopia’s apparel sector are the lowest in Africa, and there is no legal minimum.

“You cannot live on that amount in Addis,” says Alemu Abebe, a 22-year-old outside the gates of Bole-Lemi, who quit his sewing job for one in construction after only three months. With construction over for now, he’s back looking for factory work. “Maybe it will have changed a bit,” he says, hopefully.

But in the cut-throat world of light manufacturing, there is little room for a pay rise. Although base wages are low – 750 birr in Hawassa, up from 650 birr at the beginning of June 2017 – “non-wage” benefits such as food, transport and accommodation allowances effectively double it, notes Whitfield. The government is looking at new ways to share these costs with firms, in particular to reduce the cost of housing.

Though it is said to be improving, worker productivity remains far lower than in countries like Bangladesh. The government and donors now need age-old rural attitudes to adapt quickly to the industrial workplace, to which end they are rolling out large-scale programmes.

“Things are really on a knife-edge at the moment,” says Stefano Caria of Bristol University. “There’s a real possibility the firms will decide in the next couple of years that the constraints are just too high.”

Read: In Ethiopia’s bushlands, promised riches of a railway boom turn to dust